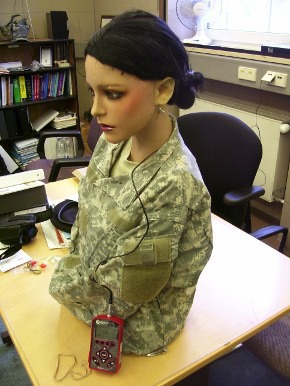 Elli-Queue has been used in a community health fair and had the opportunity to show overall loudness levels of the auditorium where the event was held, output levels of the iPod and Creative MP3 players, and they had a lot of fun discussing findings with participants. Current plans are to take their friends (Deci-Bell and Elli-Queue) to the two major gyms in the area and local schools to look at output levels of personal stereos. Maj. Merkley and his team plans to have their non-scientific findings published in the Stars and Stripes as well as broadcast over the Armed Forces Network in an effort to raise awareness of the damaging effects of noise. In the future their two friends will help them promote good hearing health among combat troops throughout Europe. We have plans to take them into aircraft, tanks, striker, Bradley, other fighting vehicles, and also sit around the firing ranges to measure noise encountered on the battle field. 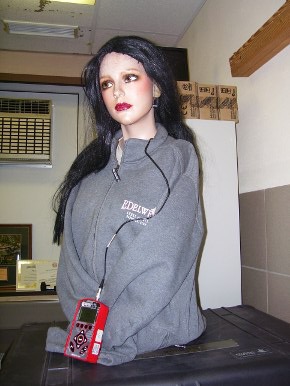 “I did not use the sound level meter mentioned in the Cook book. I work for the Center for Health Promotion and Preventive Medicine in Europe (CHPPM-E) and have access to a variety of dosimeters. My plans are to use a dosimeter in my “studies” so I can show TWA, LEQ, peak noise levels, etc. It’s not scientific, but gives a very interesting look into potential exposures.”