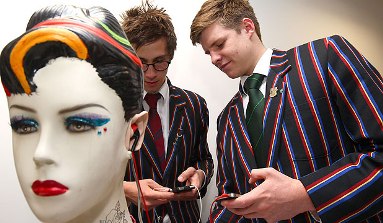 Teenagers are working to protect kids in their community against a “silent epidemic”.

A group of King’s College students has so far taught more than 1700 South Auckland children how to protect their ears from loud music.

It’s part of their work as educators for Listen Up!, a hearing protection programme run in New Zealand schools by the Pindrop Foundation.

For the past couple of months, the teens have been teaching kids how to prevent hearing loss while enjoying music on their iPods.

“It’s really amazing to see the younger kids looking up to us and actually listening to what we are saying about how important it is to look after your hearing,” King’s student Tom Ritchie says.

King’s College chaplain Warner Wilder says the initiative has been hugely beneficial for the students.

“They have had a sample of university life, learned some very valuable life and work skills and had the privilege of teaching many of their younger peers the importance of looking after their hearing.”

Up to one in six people are affected by hearing loss – a condition Dr David Welsh of the Auckland University calls a “silent epidemic”. Exposure to excessive noise is the leading avoidable cause of hearing loss, the World Health Organisation says.

Go to listenup.co.nz for more information.